One of the first mentioned ,in Sri mahavishnu's favourites 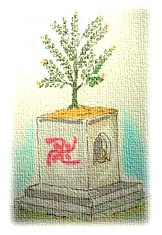 thulasi leaves. HE mentiones a leaf,a drop of water,a small flower, a fruit.
Thulasi was a favourite plant with Paatti.she will never forget to put kolam and apply kumkumam to thulasi chedi.
she introduced me to Thulasi prayer which begins with " sriman thulasiamma".without parental guidance where will we be?
when we listen and follow their words we never fail.
All it needs is good trust in them. Just saying this prayer will make me more confident,fill the mind with positive thoughts and goodwill. repeating the words make you believe that the future,present and past are taken care by someone above and that Power will not let us down.

Sri Thulasi is someone totally devoted to Sri mahavishnu.
we all know abt the medicinal effect of thulasi plant.
Babies will be given thulasi,karpooravalli and ohma valli leaves ' water on alternate days to take care of their childhood fever,phlegm and anyother problems. Thulasi leaves are still taken with water to cure dry cough.
But very recently I found one more effect this latest THULASI DHALAM has on budding babies of blog(tamil)world. This Thulasi(mrs.Gopal) is a favourite person of (great strength and compassion)
Thamizh Manam. If you want to be known and noticed by other bloggers just drop a note to her website www.thulasidhalam.blogspot.com
and you are The instant success. 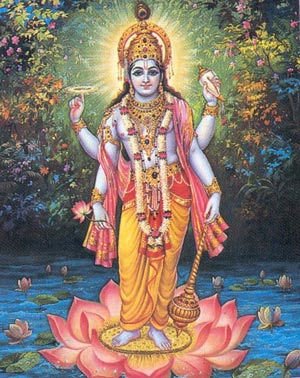 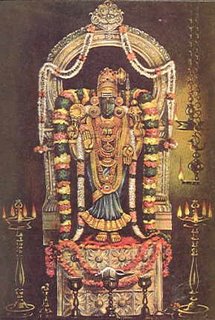 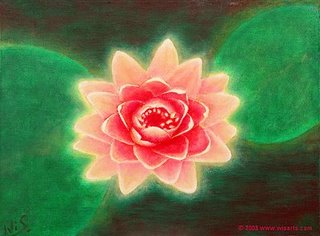 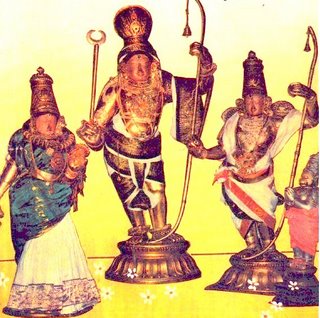 Sri RAAMACHANDRA MAHAPRABHU with sita and lakshman,hanumar gives dharshan in Thiruppullani.Near Rameswaram. This is the place srirama did thapas on grass to get the attention of samudhra rajan and get his cooperation to build the Sethu anai (dam, bridge) across the ocean.
This place is where Sriman naarayanaa gave dharshan as Adhi Jagannaathan to Dasaratha maharaja and this is where Dasaratha chakravarthy was advised to do the Puthra kaameshti Yagnam praying sriAA dhi Jagannaatha perumaal.And received prasaadham from Yaaga Purushan.
Which was given to his queens.
And the illustrious ,mighty ,honesty (thandhai sol kaatha) personified in human form, four sons were born to the King.Baala kaandam.srimath Raamayanam.SRIRAMAJAYAM.
Sriraaman,Bharathan,Lakshmanan and Sathrugnan were born as avatharams of Sri Mahavishnu and his Pancha ayudhams.
This avathaaram was (as promised by Sriman Narayanan) to Destroy the evil( ravanan) and protect the innocent. 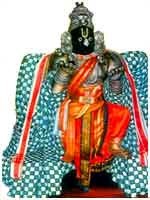 Naachiyaar kovil Kal garudan,THirunaraiyur.
Sri.Aachappa thatha as sri.c.v.Rajagopalaachaari was known to the grandchildren and great and great,great children and Aaji strongly relied on their Kumbakonam roots.
Sri Aaraavamuthan,Komalavalli thaayaar and Pakshi raaja of Naachiyaar kovil always featured in their conversations.
Aachappa thatha must have been born a total yogi.He was gifted a vast area of farm lands as part of legacy from his father's properties.
Though he chose his carrier as a lawyer his interest was concentrated on the fertile lands in the Mayavaram area.Papanasam,Pandhanallur,vayalur of Kumbakonam district were
some of the villages where his lands were situated.
He took his life seriously as a cultivator.Almost 20 days of a month he will be camping in the villages looking after every season's needs.
He was very religeous and followed the rites and rituals of an austere Brahmin.
That meant not taking even a morsel of food or water outside his home.A man of simple need, he will travel by the then Boat-mail to Kumbakonam which journey will take atleast 15 hours from Madras. Aaji used to tell the anecdotes during the free evening hours about his hard work and care that went in those trips.
FOR Those travel times he will pack in roasted wheat flour mixed with little sugar and water. Tie the meal in a small white piece of cloth.
For staying in the village they had a very small house where he attended to his sparse and simple life style. That he was blessed with an understanding wife goes without saying.
Aaji never complained about managing such an enormous househlod.
Her family duties looking after the housework,children ,their marriages,their wives and husbands and being a very warm host to any and each person coming to visit thatha.
She ran a disciplined household and saw to that ,that every grand child was educated and respectively launched into their future as per their wont. Thank you Achappa thatha and AAJI. 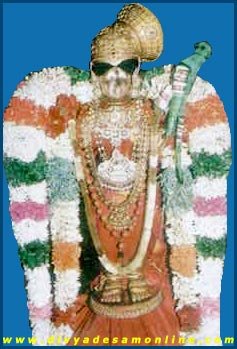 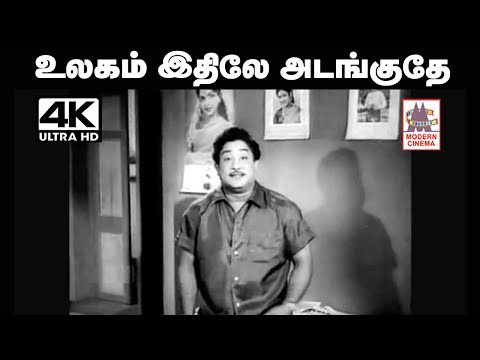